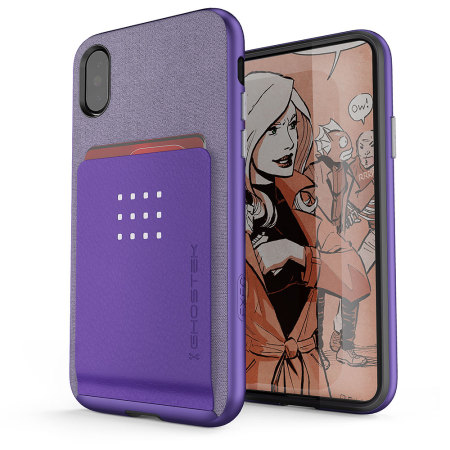 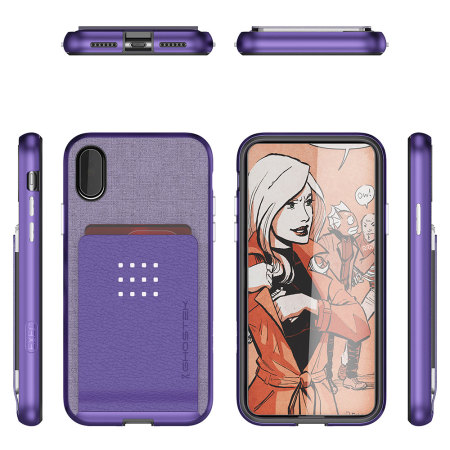 - Michelle Starr, Senior Associate Editor. I like "Parable of the Sower" by Octavia E. Butler. Science fiction dystopias set in a near-distant future tend to have a bigger impact on me than novels set galaxies far away. Or, at least, I tend to find them much more terrifying. "Parable of the Sower" is interesting in that the heroine has a superherolike power called hyperempathy (the ability to physically feel other people's pain). Lately I've been feeling like hyperempathy might actually do the world some good.

- Rebecca Fleenor, Executive Assistant, I'll be damned if a more unique and crazy villain exists in all of sci-fi than the one in Dan Simmons' "Hyperion." The Shrike is like if the iron throne ghostek exec series iphone x wallet case - purple came to life and hated everyone, He's nothing but sharp edges, a swirl of knives in the shape of a person, and he can appear and reappear as he chooses at any time, Absolutely the most menacing and interesting villain I've encountered in a book in a long, long time, And the book's central question, "How can God exist in a world where humans have created an AI as powerful as God was ever supposed to be?" is explored so deftly, using the "Canterbury Tales" as its framework, It's being adapted into a miniseries by the Syfy channel, and I don't know how to feel about that, It could be another Battlestar, or it could be total crap, I guess we'll see..

- Tyler Lizenby, Multimedia Tech Production Coordinator. My answer is Orson Scott Card's "Ender's Shadow." As much as I love "Ender's Game" -- and I've reread it several times over -- something about the writing and about hearing Bean's perspective grabbed me even more than the original story. For anyone unfamiliar with it, "Shadow" is a roughly 75 percent retelling of the events in "Ender's Game," but told from Bean's point of view. The story could easily have been a miss, as most readers are likely familiar with the original, but instead it takes the story to a whole new place, and I'd argue with a lot more emotion. Perhaps that's by design, as Bean has a wider emotional spectrum than Ender. Or perhaps its 14 years later and the author's just a better storyteller. Either way, this is my truest love in sci-fi.

- Jason Parker, Senior Editor, "We" by Yevgeny Zamyatin was a transformative novel for me, Mass surveillance, conformity as peacemaker, and an all-seeing totalitarian state were engrossing and compelling to an impressionable teen in the late '80s, Everyone lives in glass buildings -- easier for the state to spy on you, ghostek exec series iphone x wallet case - purple Every hour of life is scheduled according to the Table of Hours, Names are alphanumeric strings, like the main character's: D-503, The world of "We" is uniform and monotonous, until the seed of dissent is sown, Makes a great companion to "1984," "Brave New World" or "Farhenheit 451."- Chris Robertson, Director of Product Management..

My science fiction is older than your science fiction. Not sure why my parents owned a paperback reprint of Edward Bellamy's "Looking Backward," but even in the 1980s, I found the 1888 best seller fascinating. It tells of a 19th century man who wakes up in the year 2000 -- and a lot of what the novel predicts ended up being right on. Main character Julian West marvels at credit cards and Costco-like stores, and even the clock radio. But it's less the objects Bellamy sees as it is the novelty of seeing it all through the eyes of a man who's alive for the Civil War. And now living in Seattle, I'm kinda jealous of the one giant covered walkway that lets the characters wander all over Boston in the rain without getting wet.